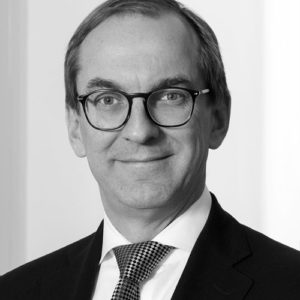 “During my first year on the SNS Board of Directors, I have become even more convinced of the significance of SNS in terms of building bridges between business, public administration and academia. It is now more important than ever that we protect and develop SNS as a venue where it is possible to engage in real conversations that are inoculated against biased rhetoric and baseless reasoning,” says Patrik Tigerschiöld.

“SNS is one of the most important platforms in Sweden when it comes to informed public debate involving a large number of different perspectives. I have always been interested in such debates and I am very pleased that I will be able to contribute to the future of SNS through my many years of business experience,” says Magnus Hall.

John Hassler did his PhD from the Massachusetts Institute of Technology in 1994 with Olivier Blanchard as his supervisor. He has been a professor at the Institute of International Economics, Stockholm University, since 2005 and is its deputy director. His research focuses on growth and social mobility, the long-term survival of the welfare state and climate economics from a global perspective. He served as chair of the Swedish Fiscal Policy Council in 2013–2016 and is a member of the prize committee for the Sveriges Riksbank Prize in Economic Sciences in Memory of Alfred Nobel. He is a member of the Royal Swedish Academy of Sciences and the Royal Swedish Academy of Engineering Sciences. Hassler held the chair for the SNS Economic Policy Council 2020, which wrote the report Swedish Policy for Global Climate. He regularly participates in media contexts as an op-ed writer and commentator.

“SNS is a unique arena for an open exchange of knowledge and ideas between researchers and individuals working in business, politics and public administration. The organization is run by a highly competent, professional and enthusiastic team of employees. When SNS asks you if you want to join, you obviously accept,” says John Hassler.

“Patrik Tigerschiöld, Magnus Hall and John Hassler are all prominent individuals in Swedish society with a great interest in societal issues. With their different experiences, they will offer valuable perspectives to the SNS Board of Directors and continue the successful work carried out by Sarah McPhee and Per Krusell during their time on the SNS Board of Directors,” says Stefan Ränk, chair of the SNS Nomination Committee.

The election will take place at the annual general meeting of the SNS Board of Trustees on June 3. The following members are proposed for re-election: Ann Carlsson, Erik Engellau-Nilsson, Monica Lindstedt, Eva Lindström, Eva Mörk and Sara Öhrvall. Mia Horn af Rantzien, CEO of SNS, is an ex-officio member of the board.

New members joining the SNS Board of Trustees in 2021

New members of the SNS Board of Trustees in 2020