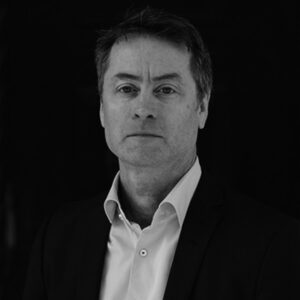 Prior to this, he worked for nine years at the International Monetary Fund (IMF), where his work focused on international macro, economic crises and issues related to the international financial system. He holds a Ph.D. from the Stockholm School of Economics and has been published in top academic journals and has contributed to several books and policy reports focusing on Russia and Eastern Europe. 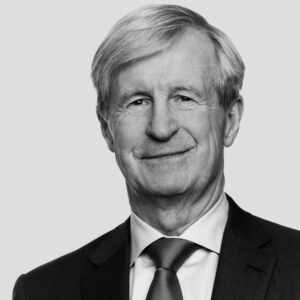 Carl Bennet is a Swedish industrialist and the principal owner of the listed companies Getinge AB, Arjo AB, Lifco AB and Elanders AB. He is currently the chairman of Elanders AB and Lifco AB and vice chairman of Getinge AB and Arjo AB. Carl Bennet is also board member of L E Lundbergföretagen (investment company) and Holmen (forest and paper). Carl Bennet has been awarded an honorary doctorate at Sahlgrenska Academy, University of Gothenburg and an honorary doctorate of Technology at the University of Luleå. 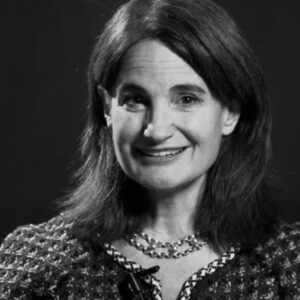 Elizabeth Economy is a senior fellow at the Hoover Institution at Stanford University on leave to serve as Senior Advisor (for China) at the Department of Commerce. Previously she served as C.V. Starr Senior Fellow and Director for Asia Studies at the Council on Foreign Relations. Her most recent book, The World According to China (2021), explores China’s foreign policy ambitions and impact on the international system. She is also the author of  The Third Revolution: Xi Jinping and the New Chinese State, (Oxford University Press, 2018), which was shortlisted for the Lionel Gelber Prize, a prestigious literary award for foreign affairs books; By All Means Necessary: How China’s Resource Quest is Changing the World (Oxford University Press, 2014), co-authored with Michael Levi; and the award-winning The River Runs Black: The Environmental Challenge to China’s Future (Cornell University Press, 2004; 2nd edition, 2010). Economy is a member of the Aspen Strategy Group and serves on the board of managers of Swarthmore College.  She received her BA with Honors from Swarthmore College, her AM from Stanford University, and her PhD from the University of Michigan. In 2008, she received an honorary doctor of laws degree from Vermont Law School. 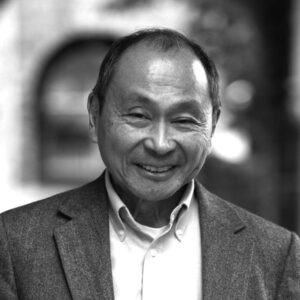 Francis Fukuyama is the Olivier Nomellini Senior Fellow at the Freeman Spogli Institute for International Studies (FSI), professor by courtesy of Political Science, and Director of the Ford Dorsey Master’s in International Policy, Stanford University. From 2015 to 2021, he served as the Mosbacher Director of FSI’s Center on Democracy, Development, and the Rule of Law (CDDRL). Dr. Fukuyama has written widely on issues in development and international politics. His 1992 book, The End of History and the Last Man, has appeared in over twenty foreign editions. His most recent book, Liberalism and Its Discontents, will be published in the spring of 2022.

Francis Fukuyama received his Ph.D in political science at Harvard University. He was a member of the Political Science Department of the RAND Corporation, and of the Policy Planning Staff of the US Department of State. He has been Professor of Public Policy at George Mason University, and Professor of International Political Economy at the Johns Hopkins University. He served as a member of the President’s Council on Bioethics from 2001–2004. Today he is a non-resident fellow at the Carnegie Endowment for International. Fukuyama is a member of the American Political Science Association and the Council on Foreign Relations. 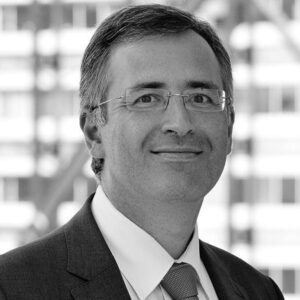 Sergei Guriev is a Professor, Scientific Director of the Master and PhD programmes in Economics and Provost at Sciences Po (The Paris Institute of Political Studies). He is also Research Fellow and Leader of the Research and Policy Network on Populism at the Center for Economic Policy Research (CEPR) and member of the Executive Committee of the International Economic Association. Guriev served as the Chief Economist at the European Bank for Reconstruction and Development in 2016–2019. Prior to joining Sciences Po he has been a professor of economics at the New Economic School in Moscow, in 2004–2013 being its Rector. 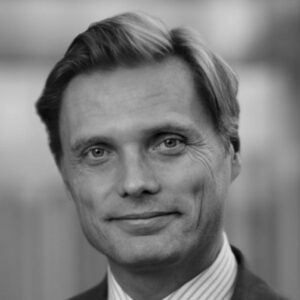 Fredrik Jejdling is Executive Vice President and Head of Networks, Ericsson’s largest business area, where he has full P&L responsibility. He brings to this role years of customer experience from diverse markets.

He runs a global unit of 30,000 employees, overseeing the global supply chain and Ericsson’s radio and transport portfolio across all mobile technology generations. 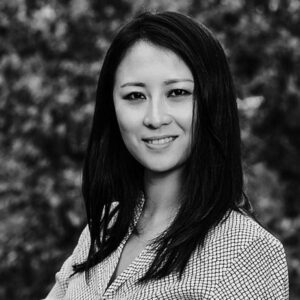 Keyu Jin is an Associate Professor of Economics at the London school of Economics and Political Science. Her research is focused on international economics, such as on how the rise of China impacts the global economy and international technology competition. She is a Member of the Board of Directors of Credit Suisse and non-executive director of Richemont Group. She is also a columnist for Project Syndicate and has written many op-eds including for the Financial Times. She has experience from the World Bank, the IMF, and the New York Federal Reserve. 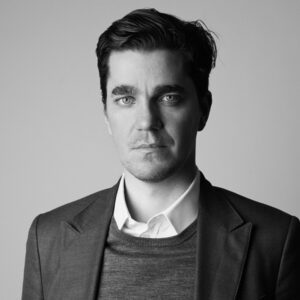 Martin Kragh is Deputy Director of the Stockholm Centre for Eastern European Studies (SCEEUS) and Senior Research Fellow at the Swedish Institute of International Affairs. Kragh’s research interests include Russia’s economy and history, but also the political development in Russia and the former USSR.

Martin Kragh holds a PhD from the Stockholm School of Economics (2009) and is associate professor (docent) at the Institute for Russian and Eurasian Studies at Uppsala University. Kragh is also a member of the board of the Sverker Åström Foundation, and a former member of the board of directors of Transparency International Sweden (2012-2016). 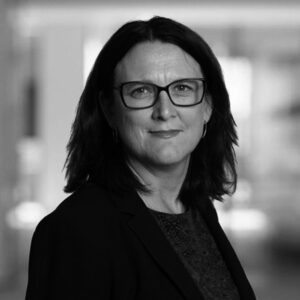 Cecilia Malmström is a Senior Advisor at Covington & Burling LLP and non-resident senior fellow at the Peterson Institute, PIIE, in Washington. She holds a Ph.D. in Political Science and has extensive experience from the EU and international affairs. She served as EU Commissioner for Trade from 2014 to 2019 and as EU Commissioner for Home Affairs from 2010 to 2014. During 2006–2010 she was minister for EU affairs in the Swedish government. 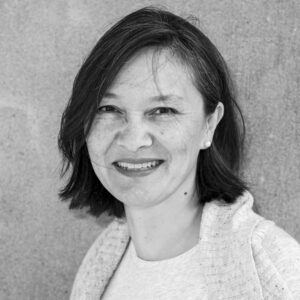 Sylvia Schwaag Serger is professor of research policy at Lund University. She has spent the past 15 years designing, implementing and studying innovation policy and transformative change, with a particular focus on Europe and China. She has an MA in International Relations from the Johns Hopkins School of Advanced International Studies (SAIS) and a PhD in economic history from the London School of Economics and Political Science. 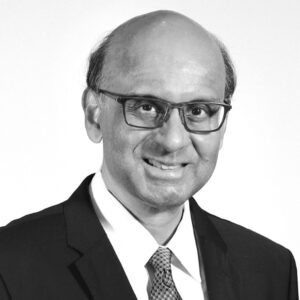 Tharman Shanmugaratnam is Senior Minister in Singapore. He co-chaired the G20 High Level Independent Panel on financing pandemic security in 2021, and currently co-chairs the Global Commission on the Economics of Water. He also chairs the Group of Thirty, an independent global council of economic leaders from the public and private sectors, and is on the recently launched UN High Level Advisory Board on Effective Multilateralism. He earlier led the G20 Eminent Persons Group on Global Financial Governance, and chaired the International Monetary and Financial Committee for four years. 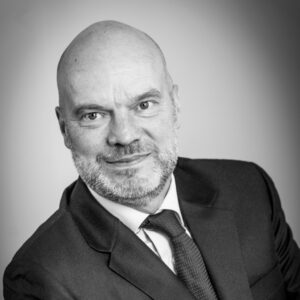 Fredrik Sjöholm is professor in economics and CEO at the Research Institute of Industrial Economics (IFN). The main area of his research is on the economic impacts of globalization, including a broad range of aspects of international trade and investments.

He is chair the Royal Swedish Academy of Engineering Sciences (IVA), Division IX (Economics), board member the European Institute of Japanese Studies at Stockholm School of Economics, member of the Council of Fellows of the East Asian Economic Association, la Société Royale des Lettres de Lund, and the SNS Board of Trustees. He is also associated member at Lund University, Nottingham University and Aberdeen University. 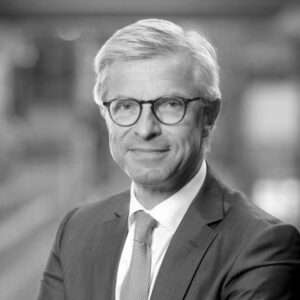 Hans Stråberg is Chairman of the board of Atlas Copco, SKF AB, Roxtec AB, CTEK AB, Anocca AB. He is also member of the board of Investor AB and Mellby Gård. He was previously, among other things, the President and CEO of AB Electrolux and EU Co-Chair of Trans-Atlantic Business Dialogue (TABD). 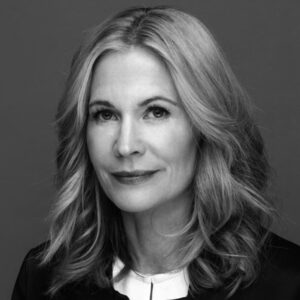 Sara Öhrvall is COO at Axel Johnson. She is also a Board Director of SNS, Investor AB, and Bonnier Books, and she is on the international advisory board of Stockholm Resilience Center.

Her previous experiences include Chief Digital Officer at SEB and Senior Vice President R&D at Bonnier. She has also co-founded two consulting firms and been Product Development Director at Volvo Cars, where she was responsible for the development of jeep hybrids, sports and sustainability focused car concepts as well as Country Manager of China and Taiwan.

Sara has worked in Tokyo, London, Singapore and Brussels and has a master’s degree from Umeå Business School in Sweden. She has also studied the Executive Leadership Program at Duke University and architecture and design at Parsons School of Design in New York.

Sara is an author of the book “Your Future Self” (Ditt framtida jag) and she has been a columnist about technology trends in Dagens Industri for five years. She is the Chair of the Pontus Schultz Foundation, supporting business initiatives for improved sustainability, diversity and equality. 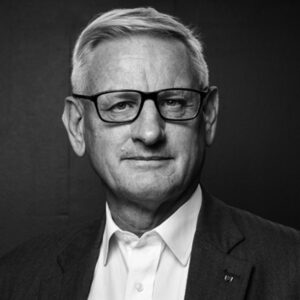 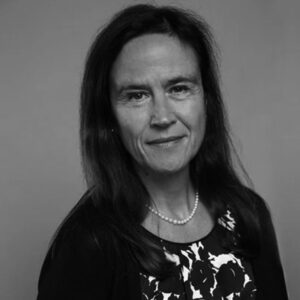 Ambassador of Sweden to the OECD and Unesco. 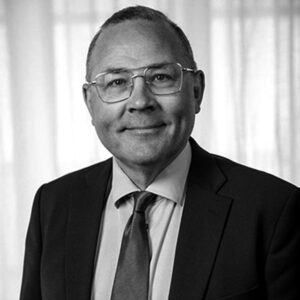 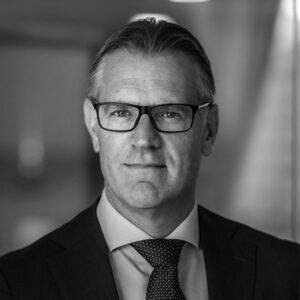 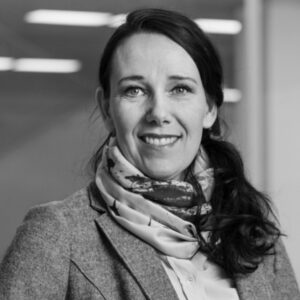 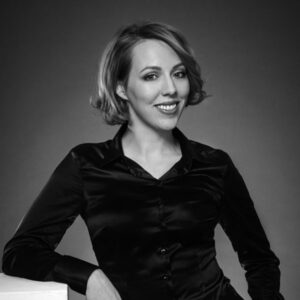